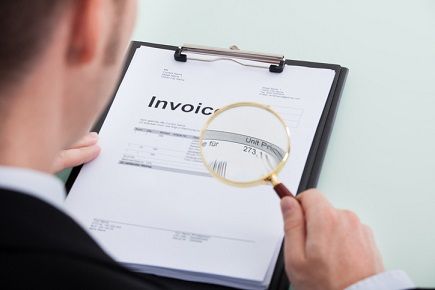 An independent report has found that $5 billion was laundered through British Columbia's real estate market last year and increased the cost of buying a home by five per cent.

The report by former B.C. deputy attorney general Maureen Maloney estimated that $7.4 billion overall was laundered in B.C. in 2018, a figure she says is conservative and added the total amount across Canada was about $47 billion.

Attorney General David Eby told a news conference on Thursday that money laundering is a ``malignant cancer'' on society and a ``national-level crisis.''

Former deputy RCMP commissioner Peter German says in his report that the infusion of illicit money into the B.C. economy led to a frenzy of buying that raised the assessed values of homes throughout much of Metro Vancouver.

German's report says there are thousands of specific properties worth billions at high risk for potential money laundering.

An international anti-money laundering agency said last year that organized criminals were laundering about $1 billion annually in the province.

"As a conservative estimate, we're looking at money laundering on the scale of $7.4 billion in 2018. That's just for B.C., let alone the rest of Canada,'' she said.

Eby said wealthy criminals and those trying to evade taxes have run out of the province for too long, to the point they're distorting the economy, hurting families looking for housing and impacting those who have lost loved once because of the opioid overdose crisis.

"I am under no illusions that the problems we face are unique to B.C.,'' said Eby.

Federal Organized Crime Reduction Minister Bill Blair said earlier that he and Eby have met several times this year and are working together to fight money laundering.

The reviews aimed to shed light on money laundering by organized crime in real estate after last June's report on dirty money in casinos by German.

Following the gaming report, German was appointed to conduct a second review to focus on identifying the scale and scope of illicit activity in the real estate market.

Eby said earlier this week he was shocked to hear some criminals laundering money through B.C.'s luxury car sector are getting provincial sales tax rebates.

The attorney general said the government will move to plug tax loopholes to prevent the vehicle tax rebate that cost the province almost $85-million dollars since 2013.

Several regulatory and professional agencies anticipated the findings of the reports and put anti-money-laundering policies in place last month.

The B.C. Real Estate Council said it would be partnering with the federal Financial Transactions and Reports Analysis Centre of Canada, or FINTRAC, to identify and deter money laundering and terrorist financing in the industry.

The B.C. Real Estate Association, the body that serves 23,000 realtors in B.C., said in April that it would join with four other agencies to keep the proceeds of crime out of real estate.

The other participating organizations include the Appraisal Institute of Canada, BC Notaries Association, Canada Mortgage Brokers Association and the Real Estate Board of Greater Vancouver.

Each organization has committed to sharing information, accepting only verified funds and making anti-money laundering education mandatory for its agents.

Provided by: The Canadian Press