As Metro Vancouver’s affordability gap widens, a search for answers 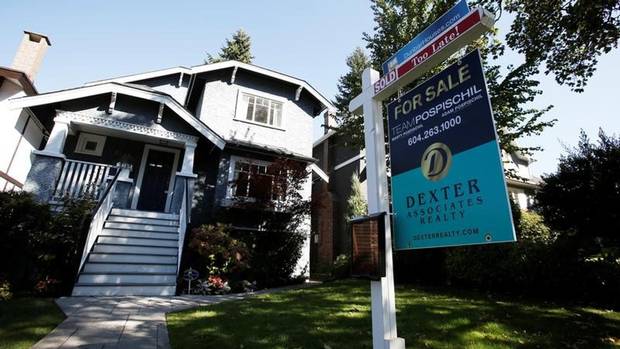 Last year, a series of government interventions was implemented to cool Metro Vancouver’s runaway property market and increase affordability. And yet, the market is hotter than ever, and the gap between house prices and incomes is growing wider in unexpected parts of the region.

Over all, median property prices in the region went up in the months after the introduction of the 15-per-cent foreign-buyers tax.

One downtown realtor says the seemingly endless demand for over-priced housing is “bonkers.”

Vancouver City Savings Credit Union issued a report this past week mapping changes in housing affordability across the city’s municipalities. Over all, if the average Metro Vancouverite were to purchase a detached house, they’d need to fork over 67 per cent of their income to do so.

Vancouver city proper was one of the biggest losers, with a detached home requiring 182 per cent of the median household income.

Housing experts say the situation is irreversible, considering the massive decoupling of local incomes from housing. The median household income as of February was $79,498. The median price of a detached home in Vancouver in 2016 was $2.7-million. It would take a momentous event to come close to closing that gap.

“Without a calamitous collapse of the market, those days [of detached-house ownership] are over,” says David Ley, a professor of geography at the University of British Columbia whose work focuses on global wealth migration. “There have been successive spirals, and we have been going through the most dramatic one that lasted for about 18 months, then there was a cooling off, and now it’s on its way up again.”

Dr. Ley cautions that there may be some pressure on prices due to low inventory, with detached house sales down 17 per cent.

But consumers are still willing to pay unprecedented prices, and over-leverage themselves to do so. When all housing types are factored in, the Vancouver resident can expect to put 48.6 per cent of their income toward housing, according to the Vancity report, which used data provided by Landcor Data Corp. Mr. Watt wonders how residents are surviving.

“If 48 per cent is going to pay your mortgage, strata fees and taxes, then how much of your income is going towards your personal taxes? What do you have left over? People must be getting help from their parents, or they are just not declaring their income.”

They might also be living on credit. Vancouverites have increased their consumer debt in a 12-month period by 4 per cent – more than any other city in Canada, according to a recent TransUnion report. Mr. Watt says he’d prefer to see a more stable and normalized market. He doesn’t see this one as sustainable.

“Look at West Vancouver and all the Ferraris and Lamborghinis driving around, and how leveraged people are.”

Vancouver is not the least affordable municipality on the Vancity list. West Vancouverites require 191.8 per cent of income in order to own the median $2,821,500 home there. More surprisingly, North Vancouver district also beat out Vancouver, requiring 92.5 per cent of the region’s typical monthly income to cover the mortgage, taxes and maintenance costs of a home. Lions Bay, Oak Bay, Delta, Bowen Island, North Saanich, Squamish and the township of Langley also rank among the least affordable municipalities in the region, based on median price and income.

The former rapporteur on adequate housing for the United Nations Human Rights Council, Miloon Kothari, had sharp words for Vancouver’s affordability crisis when he toured the city this past week.

“It’s amazing to me the situation has been allowed to get where it is,” Mr. Kothari said, following a talk at Simon Fraser University downtown.

Mr. Kothari spent several days in Vancouver, and he says he’s shocked at how drastically the situation has deteriorated since he visited even a decade ago. Mr. Kothari, an architect and scholar who taught at the Massachusetts Institute of Technology, has been studying Vancouver since the 1980s. He’s seeing a growing gap reflected physically, as social housing is treated as an inferior housing type, with residents segregated from those in market housing. In many European cities, he says, that division doesn’t exist. Why does it exist in Canada, a country that housing experts used to hold up as an exemplary model?

“You either have high-end expensive housing or some social housing, but not nearly enough, and the shelters, even those are not sufficient … there is no notion of security of tenure for people who can’t afford a home here. So there are huge gaps, and I’m actually amazed.

“I don’t see why more steps couldn’t have been taken already to cool down the market, and not just a question of cooling the market, but also to create more housing to build more social housing, to have more mixed use.

“Essentially, it’s a huge profit-making operation benefiting people in power as well as those that have significant influence.”

The Vancity report cites a series of government interventions made last year, including the increased property-transfer tax from 2 per cent to 3 per cent on homes valued at more than $2-million. The government also clamped down on corrupt industry practices such as shadow flipping. And in August, the province introduced the 15-per-cent property-transfer tax on foreign buyers. According to the report, within a month, foreign buying in the region “virtually disappeared.”

The numbers of purchases by foreign nationals significantly dropped in Vancouver, Richmond, Surrey and Burnaby, according to provincial data attached to the report.

So, foreign buying activity did not disappear. It appears that it just found a way around the new tax. Foreign money undoubtedly also drove some of the presale condo market, which is not tracked because presales don’t count as real estate until the transactions become land titles.

Mr. Watt wants to see a heftier foreign-buyers tax implemented so the resulting tax revenue can be redirected into affordable housing and infrastructure for locals.

“Fifteen per cent is peanuts for people shipping $10-million out [of their country]. They didn’t buy in Vancouver for any other reason than to put money somewhere safe. The fact is that [foreign buyers] have a lot of money. They want to come here. They will pay whatever,” says Mr. Watt. “We need a 30 per cent [foreign-buyers] tax to build a SkyTrain that goes all the way to Chilliwack, and we’ll make infrastructure for affordable housing. And make it possible for people to own homes and commute.”

Some say that change may very well be on its way. The problem is simply too overwhelming to ignore.

“There is a clear call for action and leadership for all three levels of government,” says urban planner and adjunct professor, Andy Yan. “Potentially, there’s a beacon of light emerging from the murkiness of our real estate market.”

“The hole here is so deep – we’ve had 25 years of neglect of affordable housing issues, and a lot of rhetoric that has got us going in the wrong direction,” Dr. Ley said.

“The important point is that there has never been an appetite since, until it seems with this new federal administration. We could have all three levels of government lined up to result in a significant affordable-housing push.”

Josh Gordon, an assistant professor of public policy at Simon Fraser University believes the new provincial government could have an impact.

“That impact will likely have to wait until the new governing arrangement is fully put in place, and once they have spelled out a few of their policy intentions, but it will come,” Dr. Gordon said.

He says it will require new moves, such as a proposed surtax on properties owned by people with no B.C. income, an idea put forward by SFU professor Rhys Kesselman last year. The idea is, the higher the value of the property, the higher the surtax. It would also involve walking back on the Liberal’s widely criticized Home Owner Mortgage and Equity Partnership (HOME) program, offering five-year interest-free and payment-free loans to first time homebuyers. Critics said the program motivated locals to buy into an over-heated market.

“If the NDP-Greens proceed with a variant of the surtax idea, as they should, then that will have a significant impact on the market,” Dr. Gordon said. “That policy on its own will do a great deal to generate better affordability. Getting serious about money laundering and cancelling the awful HOME program will also have an effect. If they do those things together, we won't just see a temporary dip.”

Mr. Kothari believes an overall attitude adjustment is in order.

“People have just lost sense of the basic values – that’s why we keep making this point that you have to view housing as a human right. Even in my country, India, there is this sense of outrage that people are out on the streets, and they mobilize, they offer solutions. Here, there is this kind of, ‘oh well, somebody else will take care of it.’

“If we are too polite, we won’t raise the issues.”

Provided By: Kerry Gold from The Globe & Mail