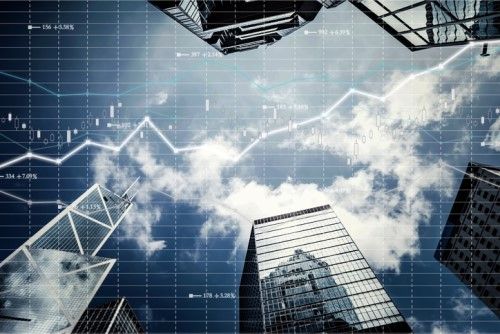 The Bank of Canada's decision to leave its interest rate unchanged Wednesday could be just a brief pause that comes as it carefully follows the unpredictable twists in the country's trade talks with the United States.

The central bank kept its benchmark at 1.5 per cent, but many experts predict another increase could arrive as early as next month.

In a statement Wednesday, the Bank of Canada said more hikes should be expected thanks to encouraging numbers for business investment, exports and evidence that households are adjusting to pricier borrowing costs.

The bank, however, also made a point of saying it's closely watching the renegotiation of the North American Free Trade Agreement and other trade policy developments, which could have negative impacts on the Canadian economy. It's particularly concerned with the potential implications for inflation.

Last week, U.S. President Donald Trump announced he had reached a bilateral trade agreement with Mexico that would replace the three-country NAFTA. He put pressure on Canada to join the U.S.-Mexico deal, but after fresh talks restarted last week Ottawa and Washington have so far been unable to reach an agreement.

Trump notified Congress last Friday of his intention to sign a trade agreement in 90 days with Mexico _ and Canada, if Ottawa decides to join them. If a deal can't be reached, the president has also repeatedly threatened to impose punishing tariffs on Canadian auto imports.

Frances Donald, senior economist for Manulife Asset Management, said the Bank of Canada's explicit mention of NAFTA in Wednesday's statement suggests the negotiations have become even more important around the governing council's table.

``They're sending a message that everything looks as planned... What that says to me is that an October rate hike is still certainly in play,'' Donald said about the

However, she said the NAFTA reference gives the Bank of Canada options to possibly stay on hold next month, particularly if trade talks _ and the outlooks for the economy and inflation _ deteriorate.

Governor Stephen Poloz, she added, has been ``fairly agnostic'' on the outlook for NAFTA. She said he's pointed to potential negatives as well as positives, while the stressing everything is hypothetical until something is decided.

Benjamin Reitzes of BMO Capital Markets wrote in a note to clients that Wednesday's statement makes it clear the NAFTA talks are biggest issue for markets and the Bank of Canada at the moment.

``There's big time risk here, but most are still expecting a deal to get done,'' Reitzes wrote as he referenced the apparent month-end deadline for NAFTA negotiations.

``Assuming all goes well with NAFTA (perhaps a big assumption) and the data over the next seven weeks, an October rate hike still looks like a reasonable expectation.''

Poloz has raised the rate four times since mid-2017 and his most-recent quarter-point increase came in July. The next rate announcement is scheduled for Oct. 24.

The Bank of Canada said Wednesday that the economy has seen improvements in business investment and exports despite persistent uncertainty about NAFTA and other trade policy developments.

``Recent data reinforce governing council's assessment that higher interest rates will be warranted to achieve the inflation target,'' the bank said as it explained the factors around its rate decision.

``We will continue to take a gradual approach, guided by incoming data. In particular, the bank continues to gauge the economy's reaction to higher interest rates.''

The statement also pointed to other encouraging signs in Canada, including evidence the real estate market has begun to stabilize as households adjust to higher interest rates and new housing policies. Credit growth has moderated, the household debt-to-income ratio has started to move down and improvements in the job market and wages have helped support consumption, it said.

The bank can raise its overnight rate as a way to keep inflation from running too hot. Its target range for inflation is between one and three per cent.

Heading into Wednesday's rate decision, analysts widely expected Poloz to hold off on moving the rate _ at least for now.

Last month, Poloz stressed the need to take a gradual approach to rate increases in times of uncertainty. He made the remarks during a panel appearance at the annual meeting of central bankers, academics and economists in Jackson Hole, Wyo.

Provided by: Andy Blatchford for The Canadian Press