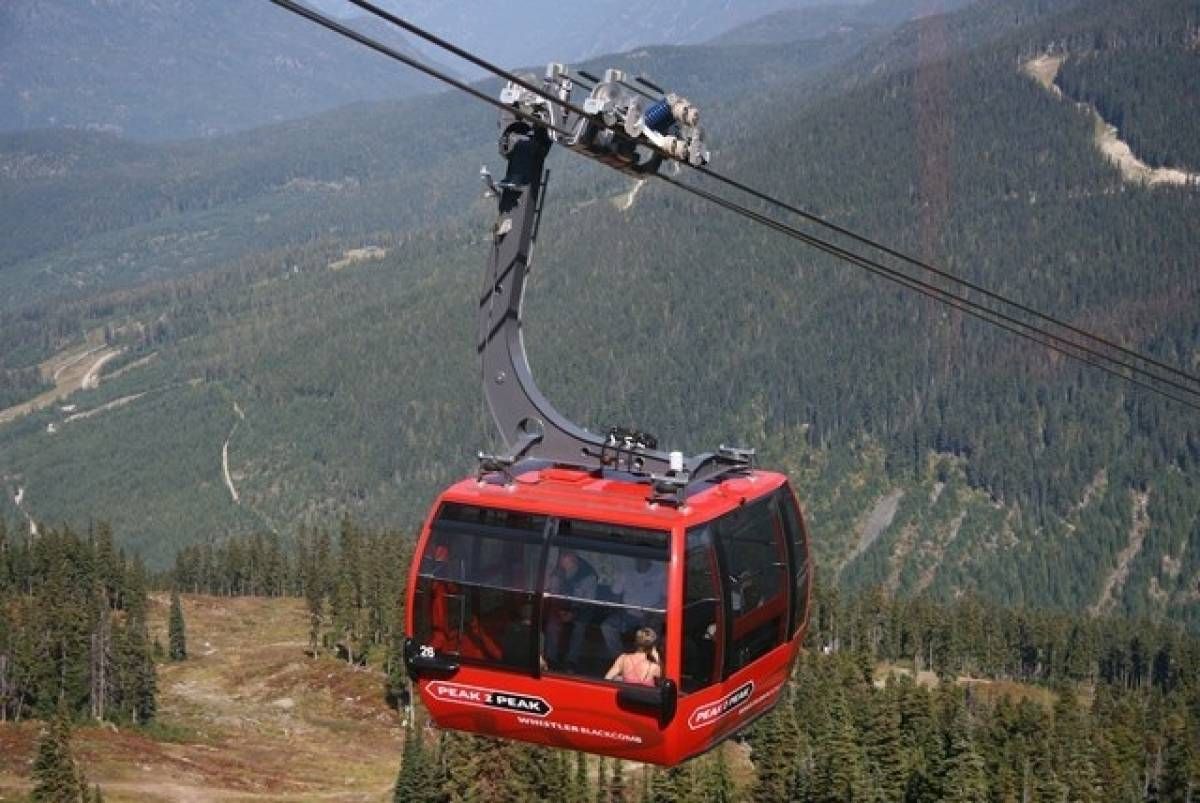 Burnaby city council has given TransLink the go-ahead to keep planning for a gondola to Simon Fraser University’s Burnaby Mountain campus. The city’s mayor and councillors voted unaminously Monday to support, in principle, TransLink’s plan to link the school with a SkyTrain station.

TransLink carries 25,000 people to SFU’s Burnaby Mountain campus every day, making it the biggest transit destination in the city without a SkyTrain station, according to a city staff report. Demand is only expected to grow as enrollment increases and the UniverCity community grows.

A gondola could also better serve the school in winter, the report says.

“The combination of snow and steep grades can make provision of (bus) service to Burnaby Mountain difficult in the winter months,” the report states. “Service is interrupted or significantly delayed on about ten days annually, sometimes necessitating the closure of the campus so that students and staff can evacuate before that day's transit service is cancelled.”

TransLink’s 10-Year Vision from 2014 did not include plans to build the gondola but did support studying the idea further.

Despite all voting to advance the planning process, several council members expressed concerns about the impacts the project could have on Forest Grove residents.

A route proposed by TransLink would take the gondola directly over some homes in a straight line from the Production Way-University station to the SFU bus loop. Several councillors said this could become a nuisance and privacy violation for residents.

“If that's the preferred route that TransLink wants to push through, I won't stand for it and I know the residents of Forest Grove won't stand for it,” Coun. Joe Keithley said. “Those people there, they're already living with the (Trans Mountain) pipeline, so to add this on top of it would be a crushing blow.”

TransLink has also proposed a longer route that would leave Production Way-University before making a 90-degree turn midway and continue to the campus. The route would avoid passing directly over homes but would pass close to more houses than the first option, the city report says.

Burnaby has proposed a third option: run the gondola from the Lake City Way station, around the Trans Mountain tank farm and then to the SFU bus loop. This option “would appear to offer an alternative with lower impacts to residents, riparian areas and the Burnaby Mountain Conservation Area,” the report states.

Burnaby’s proposed route would be 4.3 kilometres long – 59 per cent longer than the most direct proposed route – but Coun. Sav Dhaliwal said the added cost would be worth it.

“If we think the project is that good, that it's going to be a benefit for the next 60 years or a lot more, then we should be willing to spend a lot more money,” he said.

The veteran councillor, who also serves as Metro Vancouver’s board chair, said he’s not convinced the project’s estimated $200 million price tag will be worth the purported benefits. A gondola can never fully replace road access in snowy weather, he said.

“The roads have to be still clear. If we're not doing it, we need to give some more attention to that so people can get there under any circumstances, under any weather conditions,” he said. “It hardly ever snows here; if it does, it's not exactly the blizzard that other parts of the country (get).”

TransLink is now expected to seek funding from senior levels of government to advance the gondola project plan.

Provided by: Kelvin Gawley for the Burnaby Now