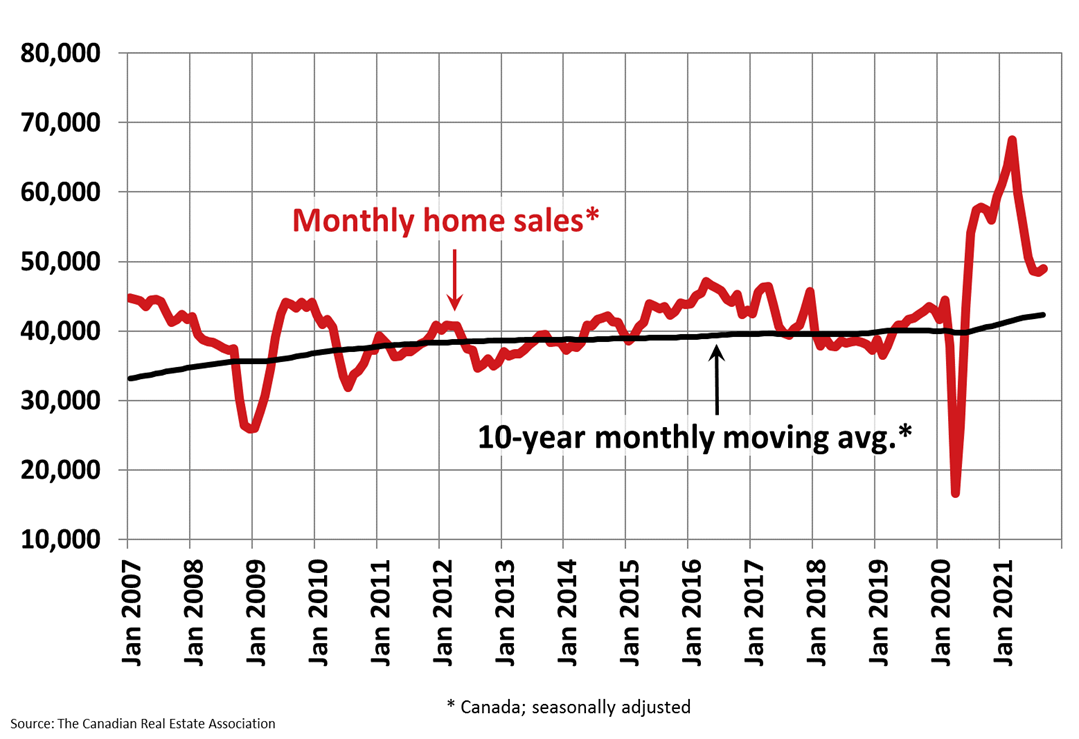 Home sales recorded over Canadian MLS® Systems were up 0.9% between August and September 2021, marking the first monthover-month increase since March.

The actual (not seasonally adjusted) number of transactions in September 2021 was down 17.5% on a year-over-year basis, from the record for that month set last year. That said, it was still the second-highest ever September sales figure by a sizeable margin.

“September provided another month’s worth of evidence from all across Canada that housing market conditions are stabilizing near current levels,” said Cliff Stevenson, Chair of CREA. “In some ways that comes as a relief given the volatility of the last year-and-a-half, but the issue is that demand/supply conditions are stabilizing in a place that very few people are happy about. There is still a lot of demand chasing an increasingly scarce number of listings, so this market remains very challenging. That’s why your best bet is to consult with your local REALTOR® for information and guidance about navigating the current market,” continued Stevenson.

“The small changes observed in most key housing market metrics over the last couple of months suggest that the worst of the pandemic-related volatility we’ve experienced since last spring is in the rear-view mirror at this point,” said Shaun Cathcart, CREA’s Senior Economist. “Having said that, given we are still stuck at around 2 months of inventory nationally, the thing to keep a close eye on going forward will be the behaviour of prices. While the acceleration in home prices we saw in September was more than most would have expected, the fact that prices are now moving back in that direction is not surprising.”

The number of newly listed homes fell by 1.6% in September compared to August, as gains in parts of Quebec were overwhelmed by declines in the Lower Mainland, in and around the GTA and in Calgary.

Based on a comparison of sales-to-new listings ratio with long-term averages, a small but growing majority of local markets are moving back into seller’s market territory. As of September it was close to a 60/40 split between seller’s and balanced markets.

There were 2.1 months of inventory on a national basis at the end of September 2021, down slightly from 2.2 months in August and 2.3 months in June and July. This is extremely low and indicative of a strong seller’s market at the national level and in most local markets. The long-term average for this measure is more than 5 months.

In line with tighter market conditions, the Aggregate Composite MLS® Home Price Index (MLS® HPI) accelerated to 1.7% on a month-over-month basis in September 2021. 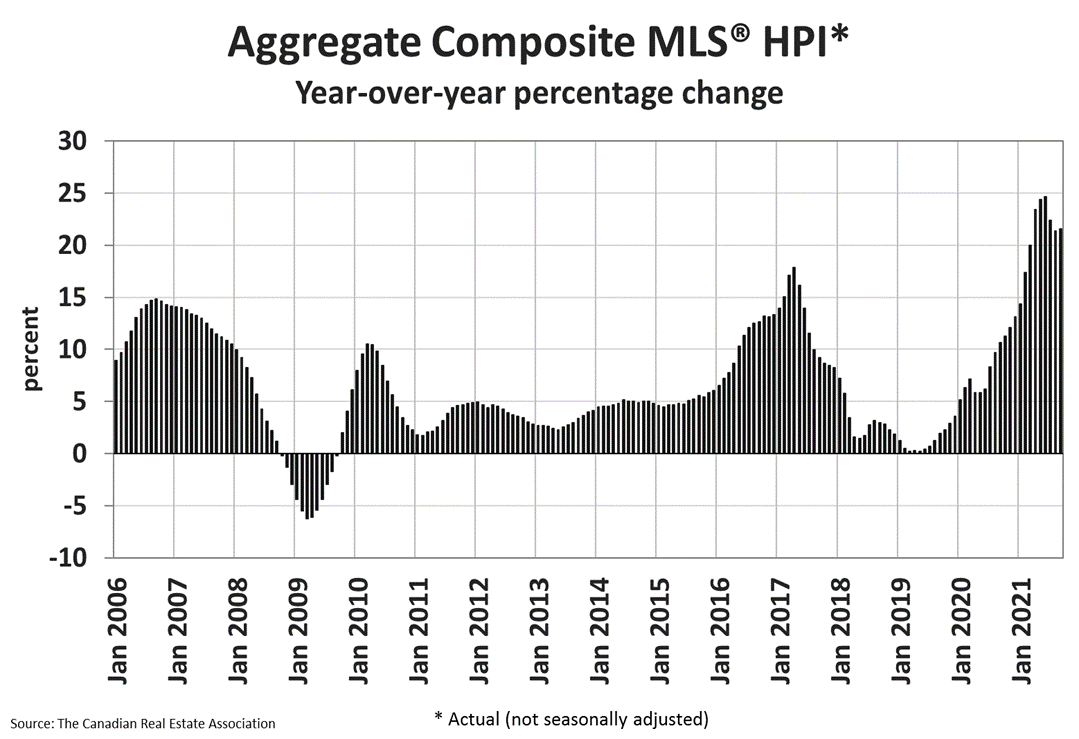 The non-seasonally adjusted Aggregate Composite MLS® HPI was up 21.5% on a year-over-year basis in September, up a bit from the 21.3% year-over-year gain recorded in August. (Chart B)

Looking across the country, year-over-year price growth is creeping up above 20% in B.C., though it is lower in Vancouver, on par with the provincial number in Victoria, and higher in other parts of the province.

Year-over-year price gains are in the mid-to-high single digits in Alberta and Saskatchewan, while gains are into the low double-digits in Manitoba.

Ontario saw year-over-year price growth pushing 25% in September; however, as with B.C. big, medium and smaller city trends, gains are notably lower in the GTA and Ottawa, around the provincial average in Oakville-Milton, Hamilton-Burlington and Guelph, and considerably higher in many of the smaller markets around the province.