Fewer home sales and listings in the first quarter of 2018 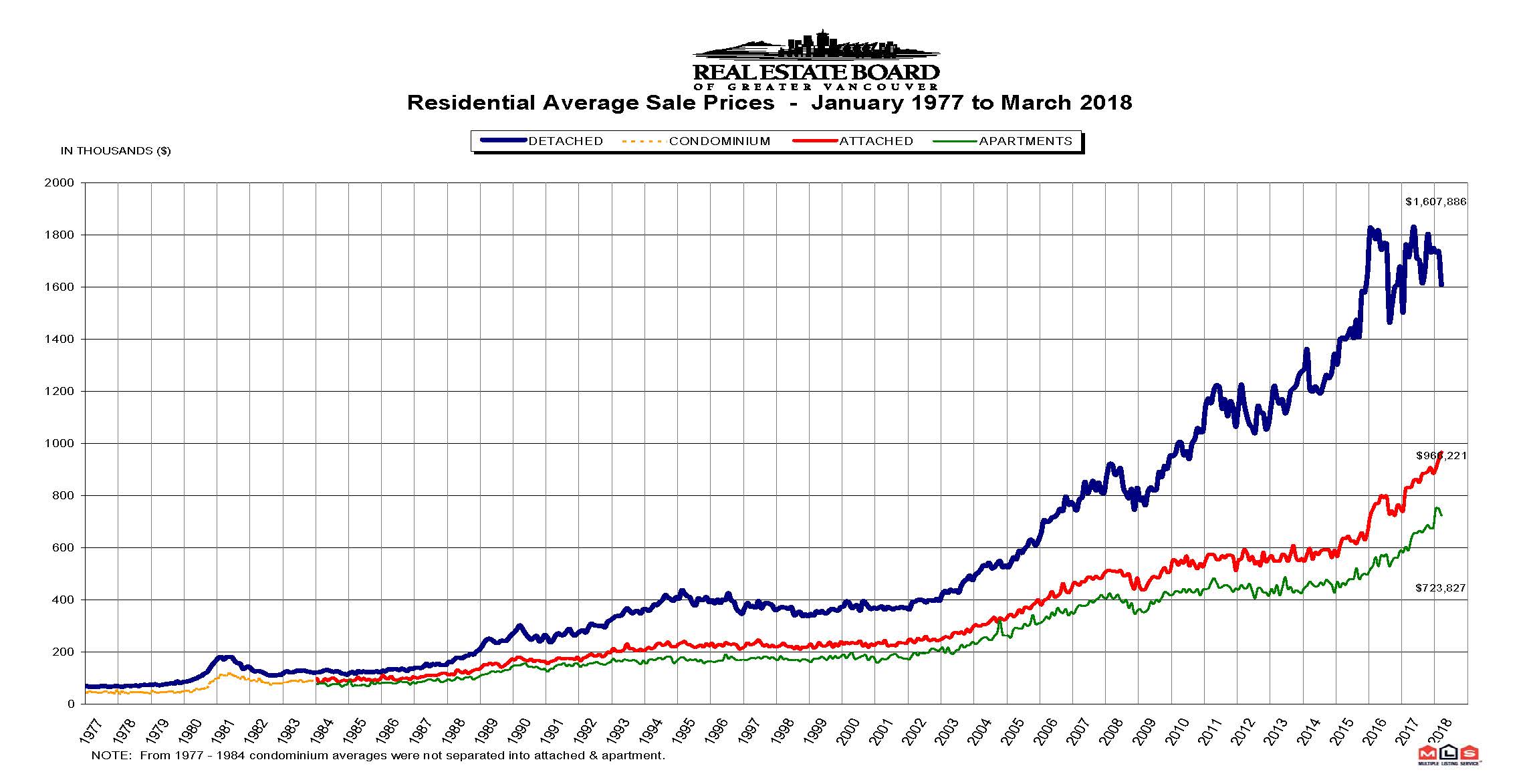 Home buyers and sellers were less active in Metro Vancouver* throughout the first quarter of 2018. The Real Estate Board of Greater Vancouver (REBGV) reports that residential home sales in the region totalled 2,517 in March 2018, a 29.7 per cent decrease from the 3,579 sales recorded in March 2017, and a 14 per cent increase compared to February 2018 when 2,207 homes sold.

Last month’s sales were 23 per cent below the 10-year March sales average. There were 6,542 home sales on the Multiple Listing Service® (MLS®) in Metro Vancouver during the first quarter of 2018, a 13.1 per cent decrease from the 7,527 sales over the same period last year. This represents the region’s lowest first-quarter sales total since 2013.

“We saw less demand from buyers and fewer homes listed for sale in our region in the first quarter of the year,” Phil Moore, REBGV president said. “High prices, new tax announcements, rising interest rates, and stricter mortgage requirements are among the factors affecting home buyer and seller activity today.

There were 12,469 homes listed for sale in Metro Vancouver during the first quarter of 2018, a 0.8 per cent decrease from the 12,568 sales over the same period last year. This represents the region’s lowest first-quarter new listings total since 2013.

The real estate industry is a key economic driver in British Columbia. In 2017, 35,993 homes changed ownership in the Board’s area, generating $2.4 billion in economic spin-off activity and an estimated 17,600 jobs. The total dollar value of residential sales transacted through the MLS® system in Greater Vancouver totalled $37 billion in 2017.

The Real Estate Board of Greater Vancouver is an association representing more than 14,000 REALTORS® and their companies. The Board provides a variety of member services, including the Multiple Listing Service®. For more information on real estate, statistics, and buying or selling a home, contact a local REALTOR® or visit www.rebgv.org.