Home sales down, listings up across Metro Vancouver 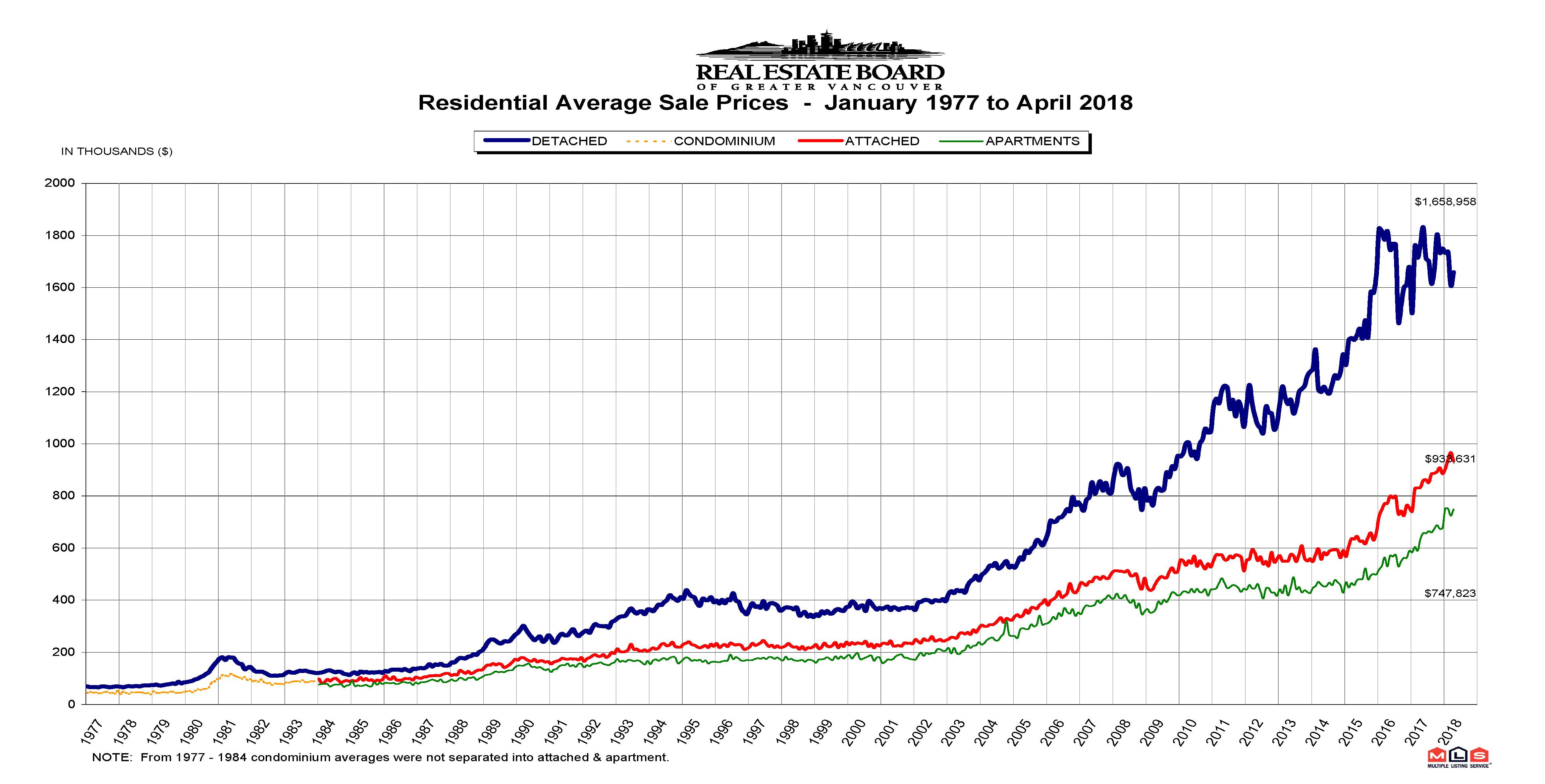 Last month’s sales were 22.5 per cent below the 10-year April sales average. “Market conditions are  changing. Home sales declined in our region last month to a 17-year April low and home sellers have become more active than we’ve seen in the past three years,” Phil Moore, REBGV president said. “The mortgage requirements that the federal government implemented this year have, among other factors, diminished home buyers’ purchasing power and they’re being felt on the buyer side today.”

“Home buyers have more breathing room this spring. They have more selection to choose from and less demand to compete against,” Moore said.

The MLS® Home Price Index composite benchmark price for all residential properties in Metro Vancouver is currently $1,092,000. This represents a 14.3 per cent increase over April 2017 and a 0.7 per cent increase compared to March 2018.

Editor’s Note: Areas covered by the Real Estate Board of Greater Vancouver include: Whistler, Sunshine Coast, Squamish, West Vancouver, North Vancouver, Vancouver, Burnaby, New Westminster, Richmond, Port Moody, Port Coquitlam, Coquitlam, Pitt Meadows, Maple Ridge, and South Delta.
The real estate industry is a key economic driver in British Columbia. In 2017, 35,993 homes changed ownership in the Board’s area, generating $2.4 billion in economic spin-off activity and an estimated 17,600 jobs. The total dollar value of residential sales transacted through the MLS® system in Greater Vancouver totalled $37 billion in 2017. The Real Estate Board of Greater Vancouver is an association representing more than 14,000 REALTORS® and their companies. The Board provides a variety of member services, including the Multiple Listing Service®. For more information on real estate, statistics, and buying or selling a home, contact a local REALTOR® or visit
www.rebgv.org.