No, Vancouver doesn't have an insanely low property tax 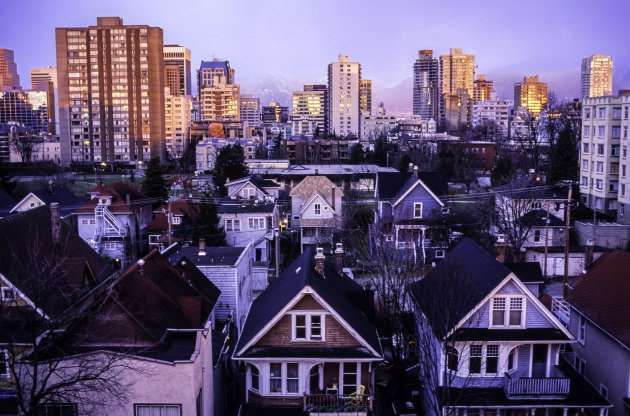 Boy, this new Vancouver property tax increase — the charmingly named "school tax" — sure is causing a lot of commotion. It can be as little as a few hundred if your home is worth just over $3 million, but if you are lucky enough to own a $6-million house, you better find another $10,000 on top of your usual property tax, every year. Of course, you can defer the whole tax at a low interest rate and pay it when you sell, which is a pretty good deal, but some just don't want more debt on their head after working hard to be mortgage free. Poor things.

People suffering under this housing crisis have about as much sympathy for these paper millionaires as they do "student" owners of Point Grey mansions.There seems to be a number of factors at play with this, some of it verging on class war in its intensity and vitriol.

How dare these "lottery winners" complain about a few thousand dollars tax increase? We all wish we had such problems, right? Paying some more property tax on a windfall does seem entirely reasonable, but how much and who should pay? Is this a wedge issue which widens the divide, or is it entirely reasonable that those who are sitting on a fortune, pay a little more?

Some homeowners affected by the increase feel that their homes ought to be considered a holding and taxed just like your pension, stock investment or Ferrari — that is to say "never" in Canada's case, where holdings aren't taxed simply because you own them. Instead, you pay when you purchase a holding or you realize the gain by selling.

Thus, the nature of this tax increase is somewhat historic — but so are Vancouver's house prices. Perhaps unique approaches are necessary.

Are Vancouver's property taxes really lower than in other Canadian cities?

UBC professor Tom Davidoff is a leading commentator on housing-related subjects and very charming guy to boot. He claims that "our property tax rates are incredibly low." He feels that increases are not only reasonable, but absolutely due. Policy on property tax rates is another discussion. In this blog, we are looking at Professor Davidoff's claim about the relative cost of Vancouver residential property tax which Davidoff equates with the rate used to calculate, rather than the dollar amount paid. He uses it to support the notion that we are due for considerable increases at least on that basis alone.

So, are Vancouver property tax rates really so much lower than in other cities in Canada?

To answer that, you have to understand how property tax works, and it seems many don't. Property tax is not calculated like income tax, which multiplies your income by a set of ratios to determine amount owing. Instead, property tax is based on a property's assessed value relative to other homes, which is then multiplied by the "mill rate" (the percentage of a home's assessed value that is taxed).

This ensures that cities facing hyperinflation, like Vancouver, won't see absurdly high property tax increases as assessed values skyrocket (as they have over the past decade) — and that taxes collected aren't suddenly reduced to a trickle in cities where assessed values may drop. This calculation is used because cities set taxes against a projected budget, and that money needs to be collected in a reasonably predictable manner from the pool of properties that can be taxed.

(Here's a more detailed article about all this in Torontoist.) 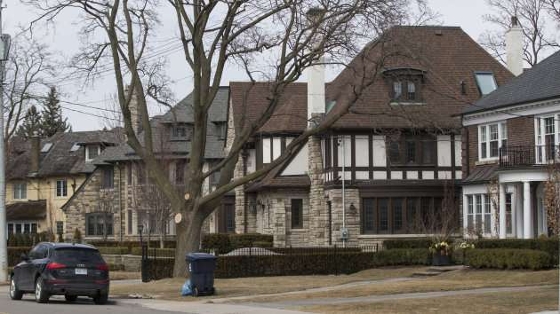 The confusion happens when tax rate is conflated with tax paid which, as I say, is Professor Davidoff's position. Sure, Vancouver's tax rate is low (the "mill rate") compared to other cities, but this rate alone will not give you a proper comparison between cities' property taxes. You'd have to look at similar dwellings in similar areas in different cities in order to find a true like-for-like comparison.

I know Toronto well, so it's easy for me to compare. In terms of dividing the pool of homes by a mill rate to achieve a taxable amount, identical houses in three different cities should pay about the same. The Forest Hill area of Toronto is a tony neighbourhood much like Point Grey or Dunbar in Vancouver. However, if you look at similar homes in those areas, the tax amount — the dollar figure — is, in most cases, higher in Vancouver.

A newer, high-end, four-bedroom and six-bathroom house for sale right now on a large lot in Forest Hill has a tax of $8,467. Other examples in Forest Hill are more like $10,000, or a bit more. Similar homes in Dunbar have a tax closer to $11,000 — higher in all cases I examined, and that is before adding the new school tax addition.

Let's look at a specific example which seems pretty typical. Vancouver's Kerrisdale neighbourhood could be considered similar to Midtown Toronto. This nearly new home on Vine in Kerrisdale was built to a very high standard and has a tax of $13,530.

Here's a home in midtown Toronto which I would consider roughly similar in finish and location and size. It's on Glengarry Avenue. The tax is $13,001. It's featured in The Globe, so you can see the level of finish and the fancy wine cellar. This is a nice home.

I don't know Calgary that well, but here is a lovely, central house of a very high standard, and easily compares in quality to the Vancouver examples. Taxes on this would be $11,453 based on the asking price. Assessed value might actually be a bit lower, as it usually is. That, again, is less than Vancouver property tax for a similar property.

Here we have very similar homes with either similar or higher taxes in Vancouver. I based this example on a number of examples I researched, so they are not unique.

A lower tax rate in Vancouver

So what about the rate being lower?

It is true that the rate on the dollar is lower. It's $12.68 per $1,000 in Saskatoon, but Vancouver's is a mere $3.68. Wow! That means investors will pay less tax per dollar in Vancouver than in other cities like Saskatoon — but we should not focus broad tax policy on investors and speculators. That's unfair on people who just want to live in their home. And, besides, there are other considerable factors when you look at investment cost, principally the far higher capital outlay required to buy the same house in Vancouver and the lower rent relative to capital cost compared to any other Canadian city. To the investor, that is a far greater financial consideration than the tax paid.