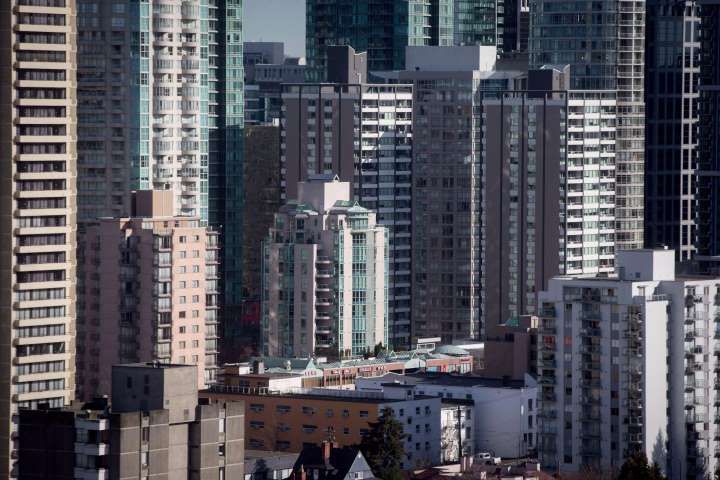 Vancouver's empty homes tax should not be increased beyond its current rate in order to ensure people keep paying it, a city staff report states.

The tax applies a one per cent levy on a home's assessed value if owners cannot prove they occupy the property for more than six months of the year, either themselves or with renters.

The report comes after a review of the tax was ordered by council earlier this year to study the policy's effects on the housing market and its overall fairness.

Questions about raising the tax rate popped up during the most recent municipal election, with then-candidate Kennedy Stewart vowing to raise it up to three per cent. Stewart continued to pursue the idea after winning the election.

But staff say raising the tax rate would risk non-compliance, particularly among homeowners who are also subject to the province's speculation tax.

"Housing policy and tax experts engaged by staff during the review expressed strong concern about the potential for an increase in the tax rate to incentivize non compliance and avoidance," the report states.

Instead, those experts called for stricter penalties for not paying the tax, which staff said they intend to review with the province.

Some exemptions exist for the tax, including properties under renovation, property transfer, and strata rental restrictions.

While staff rejected a proposed exemption for second homes that are used part time through the year, the report does suggest further exemptions for renovated properties.

The proposed amendment would add together the tenancy time and the amount of time spent qualifying for permits to renovate or redevelop properties, after the city heard complaints from owners about being charged the tax while waiting for permits to be approved by the city.

That sticking point formed the basis of one of several lawsuits launched this year against the city over the tax.

Overall, staff say the tax has been effective in its goal of adding more homes to the rental market and generating revenue for the city to put towards affordable housing projects.

The latest data shows the city collected $39.4 million in revenue during the 2018 tax year from the owners of 1,989 vacant properties.

An extra $22.1 million was collected from non-compliance audits on 892 properties.

"At this point, based on consultation with tax experts, housing experts, the public, and other stakeholders, the tax is working mostly as intended and minimal further amendments are recommended at this time," the report states.

"The data also supports this conclusion with key indicators showing trends that point to the tax working to encourage occupancy."