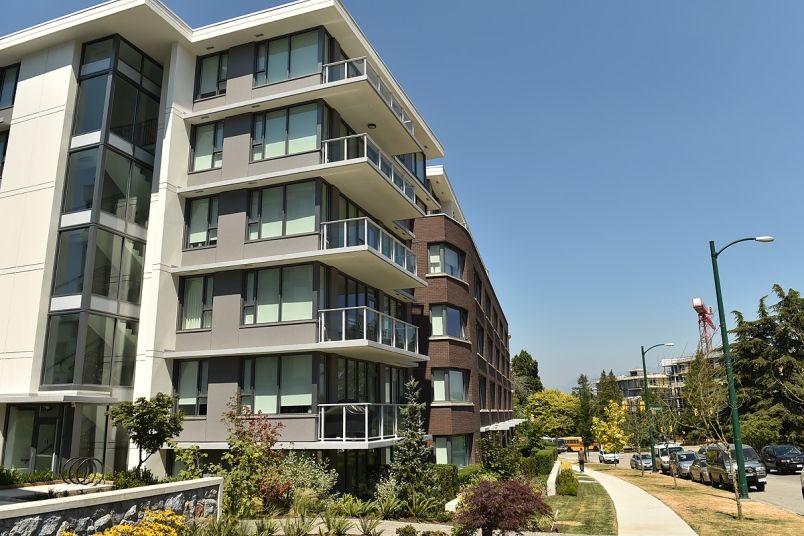 The rate at which presale condos and townhomes are being snapped up has plummeted across Greater Vancouver and the Fraser Valley – but West Coquitlam is bucking that trend, according to a July 18 report by a real estate marketing company.

MLA Advisory, the research arm of marketing firm MLA Canada, said in its mid-year report that the absorption rate of newly released presale units in June 2018 across the Lower Mainland was just 50 per cent, compared with 94 per cent in January this year. The monthly absorption rate is the proportion of units that are both released and sold within that month.

Overall, from January to June inclusive, 74 per cent of the 7,753 presale unit released in the Lower Mainland were sold. However, the pace of sales is slowing, with 79 per cent sales in 2018’s first quarter, and 69 per cent in Q2.

But in West Coquitlam, the presale rate was the highest in the entire Lower Mainland, with a January-June sold rate of 96 per cent, out of nearly 718 new homes released.

Port Moody also saw high absorption rates at 89 per cent of 133 released homes sold in January to June, which was third-highest in the region after Burnaby North.

MLA said the region's overall more modest pace of sales was good news for homebuyers and the industry.

“The current pre-sale landscape is shifting from its once unsustainable, hyperactive growth to a balanced, more normal market,” said Suzana Goncalves, chief advisory officer and partner at MLA Canada. “This is good news for everyone to ensure more modest and realistic price growth, more choice for consumers and the need for higher quality product from the industry. The economic fundamentals including low interest rates, steady employment landscape, and continued demand to move to our sought-after city will allow for a steady shift into a balanced market.”

Burnaby was not the only local market to defy the region’s overall trend, however. MLA’s report said that Burnaby South and North Surrey also saw strong presale activity, “proving that demand remains high for transit-oriented communities.”

The City of Vancouver, on the other hand, is seeing presales of 61 per cent in East Vancouver projects, 54 per cent for new condo developments on the West Side, and just 34 per cent downtown, according to MLA research.

MLA's report said, "Vancouver proper is seeing a decline in pre-sale absorption as price levels have reached a significant threshold. Some potential buyers in Vancouver are seeking more affordable options with a perceived higher [appreciation]."

The lowest absorption rate was seen in Port Coqutilam, at just 19 per cent of units sold between January and June. Richmond’s rate was also low at 39 per cent.

The anticipation of slower sales and potentially lower prices could be encouraging some pre-sale buyers to sell their sales contracts, known as assignments. A look at listing services Craigslist, Kijiji and Vancouvernewcondos.ca on July 18 found 587 presale condos being offered from West Vancouver and Squamish to Surrey and Langley by both real estate agents and private owners.

The February 20 increase in the B.C. foreign-home buyer tax from 15 per cent to 20 per cent could also be a factor in slower pre-sales. Since 2016, the share of new condominiums sold to foreign buyers reached 16 per cent across Metro Vancouver and accounts for about one-quarter of buyers in Richmond and Coquitlam, according to Canada Mortgage and Housing Corp.

Looking to the second half of 2018, MLA is expecting to see 67 project launches with more than 7,700 new homes – around the same amount as in the first six months of the year.

North Vancouver is forecast to be the most active market in the Lower Mainland in the second half, with nearly 1,500 new presale homes expected to be released.